Yes, I am writing a Western, in my own fashion.
Here is a glimpse into some of the beginnings of our hero, Nate.

What kind of person would beat you with a bible? Nate never really understood, he just somehow lived through the wretched and frequent ordeal.

The bible was one with a red cover that had started out as the hide of a cow that lived the life a cow lives, born of a mother like all creatures, growing in the dark from the egg of a black Corriente of venerable stock and the seed of a skinny but tough bull who mounted her the morning a storm was coming. The storm would bring a tornado with it and the bull would die caught up in a twist of wind that did not yield to his horns and hooves and scrubrange attitude. But the sky was yet blue while he eyed the cow in a clearing that afforded him a bit of running room for his approach. She had been chewing her cud in the shade of a rock that was weathered into the shape of a giant tit. Both felt the shift in the weather as an unease in the tough muscles beneath their hides, but this only served to hasten the bull’s purpose, as if he knew he had only one last chance to set more of his progeny to roaming upon the desert hardpan. The pre-storm morning was unusually still and clear, the charged air acting like a glass of magnifying power so that the distant range loomed large and close, the striations of the rock heaved up in ancient frozen waves as he met the cow with the spurting force of creation an hour before his demise. Above the trysting site a cactus bulged with thorn. A small hummingbird sat distinct on its bent and thorny arm and sent a fussy high pitched tip-tip in the direction of the amorous pair.

The bull and the cow were wild, that is untouched by men, and living out a plain life in a dry stretch of country not unlike that of their forebears on another continent who were plenty used by men, long ago gone for Spanish dinners and leatherwork. This cow and bull had been part of old Spanish-Mex stock whose hardscrabble owner had fallen on bad times: a lack of heirs and a wife who had gone off with a passing stranger. The stranger arrived asking for a drink of water in a coat of fancy stitching with two shining conchos to clasp it shut. He had handsome legs, a large mustache, and a big red horse with room on its back for a second rider. Both he and the horse were flashy enough to promise a bit of excitement and both sturdy enough to bear away the plump and bored wife. She left her husband late that night. He felt her move in the bed and reached out to pat her rump which she deftly moved away from his hand. Her last words to him were that she had to use the privy, and farted on him as she slid from the covers as if to prove it. The next day he was alone in the house fingering the brim of the hat he had worn since they’d been married. The spell that had held him to that place was broken. He was gone by afternoon, riding away in a different direction from the tracks of his wife and her new lover, and his puny herd were left to a freedom which perhaps they didn’t perceive in their beeve-brains. They bred and ate and roamed wild along the years till the parents of the bible-destined cow met on the morning of the tornado. The two creatures had paired and parted, and the impregnated cow stood in the lee of the tit-rock and watched across the range as the bull spun into a gray funnel of wind and was gone. Continue reading by clicking this link: Nate’s Story © Kathleen Dunbar 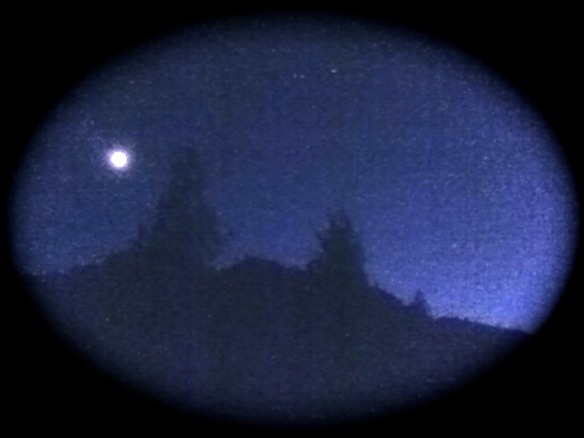